Stony is the world, and precious

Today I read the post "Stone Soup, mutual dependency and a new economic order" by Andrew J. Taggart. Go and read it now, because what follows is some kind of response to the excellent questions he throws at us. 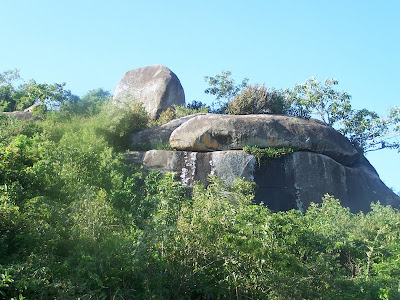 I really like this post. Because I think about this kind of thing a lot. I started writing a comment for it, but then it got longer and longer and many thoughts and bits of coversation that have been chasing each other around in my consciousness in the last months started to move into a clearer pattern, so I decided to use Andrew's post as a trigger for another piece here.

I have been accused of Pollyannaism. Partly in reaction to that, I called this blog "These precious and beautiful things". It's laughably easy for a certain kind of person to dismiss me when I choose to approach the world with a let's call it poetic, soft, not always rational way. Even easier because I'm a woman, yes still in this day. I know that. But it was as if I wanted to throw a gauntlet in front of all those who purport to know "what the world's really like, my dear", the reactionary as well as the progressive ones, and scream at them (very un-Pollyannaish actually) to fuck off with their patronising attitudes that peddle a dark resigned view of the world as "reality". As if I wanted to dig my heels in and shout, guess what it's not my reality, you fools!

Why oh why can people so rarely cope with ambiguity, with things being this, and at the same time also that.

Where I really I find myself mostly is in a place between awareness of darkness, destruction and quite ok with looking it in the face, and a kind of "yes, but still.." attitude. Where I will hold on to the possibility of mutual cooperation, kindness, beauty and other good things.

So I think the beggar turned visionary in the Stone Soup story is an important figure.  It's probably no coincidence that it's someone who is already outside the usual order, who doesn't have much, who has to survive by his wits. A state that can open the mind, clear the goo of contentment from the soul. Contentment is what many of us, here in the privileged places have, not deep aliveness. Clear the goo, and sometimes we see things just a little differently. Herein does lie the potential in all this new austerity and collapse (new for us privileged few of course, for most of the world it's old hat), clearing the goo of contentment. What each of us will do with this opportunity, I'm afraid nobody has full control over. Deal with it.

As for Andrew's question how we avoid being or falling for a con artist peddling a pointless vision of a better world - maybe it's not about a leap of faith. I don't really do faith.
So I'm thinking, maybe we need to stop talking about the possibility of a kinder world as a vision. Shift our perspective a little and see it already as a reality. Unearth it, make it visible by being mindful of the many little (and occasionally big) experiences of mutual cooperation, kindness, simple sensibleness that we do actually encounter all the time. I just feel that we often don't recognise them as such because we are so blinded and sold to the idea of our brutal competitive nature. I don't incidentally subscribe to the idea that humans are at core brutal and self obsessed, neither do I believe that we are naturally wonderfully cooperative beings who have been corrupted somehow. Like I said, when is a thing ever one or the other? All I can say, if I go by my direct experience, is that there already is kindness, cooperation, resilience, beauty. People saying, and living as if they mean it, even if they don't manage all the time: "yes,  but still".
People have always done this. I know this from my parents who have lived through the second world war, when it would have been so easy to just see the darkness, but who told me a lot about cooperation and kindness as well. I know it from being in places where people have nowhere near what we have here. And yet there is, also, kindness, cooperation and beauty. And this is not limited to the human realm. I'm reminded in this context of Jay Griffiths speaking of  wild kindness, the kindness in nature that is, also, wild.

If I can experience something, then it is part of reality. It exists. (I hope you understand that I'm not talking about the western empirical model of science-type experience here.) It's not a vision. I can't be conned into believing in it, nor can I peddle it as a con to others. I can however seek it out, speak about it, feed it wherever I find it, encourage it, if I feel brave and not as shy as most of the time, I can even initiate my own instances of it. I think we feed the dark stuff too much. Can we not feed the equally real light stuff a bit more?

It seems to me that the problems come when we cling to the idea that all these things, these great visions of our great minds, will "save the world". When we are attached to the outcomes of our actions, rather than acting because simply, inside, we know it is the right thing to do. I know that I'm walking on shaky ground here. Dictators may well argue that inside they know what they do is the right thing. I haven't fully developed my thoughts around this, but it comes to me so often, this idea that we need to do things because they feel right inside, not because we are attached to the outcome. And when something keeps knocking at my door this much, even uninvited, I can't just dismiss it.

So there is this attachment to the outcome of our actions, the desperate hope that using different lightbulbs, growing vegetables, creating community based structures, signing a petition, joining a political party, blowing up a dam, writing a poem - whichever of the innumerable possibilities that people see as their way, that any of this will save the world. But the world is not ours to save, as it quite possibly is not ours to completely destroy. Human hubris, not just from the proponents of the capitalist technofix order, but also from the alternative margins of any persuasion.

Accepting that we can't save the world is also an acceptance of our own limits and of the reality of death. It is not a giving up. I said it in my last post, and I'll say it again: what I want most is to be with ever more people who are ready to question what the great beggar-visionary and writer Dambudzo Marechera called "the nature of available reality". Who will do the best they can with their particular talents, passions, heart desires. And who will bravely meet whatever is, whatever comes. In the moment, with kindness and cooperation and with thoughness as well. In the process we may even grow the patches of a better world that are already here.

Nothing is ever fully this or that. Stony is the world, yes, and precious.

Andrew's post was inspired by the post "Stone Soup, the story" from Antonio Dias - Thank you Antonio for igniting the whole thing!
I just thought, I feel strange, only directly referencing the people whose written works I have connected with about this. Many people's ideas are woven into this too, from conversations I've been having. One who has played with these ideas with me more than anyone is @AllieKStewart - and I appreciate it!!