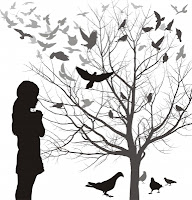 A few months ago, someone who has been a devout Christian all his life asked me, “What do you believe in?”. I had to say that I don’t really believe in the concept of “belief”. For me it is about experience.
I experience the world as fully animated in all its manifestations, with all its inhabitants, human and non human, speaking in their particular languages, expressing their particular wisdom. I know, because I have experienced it, that we can sense and hear this. I know, because I have experienced it, that beneath the superficial appearance of separateness between all beings and things, we are all really the same thing. In a nutshell, that’s what I know.
These are of course philosophical or spiritual notions that have been around for a long time, usually going by the name of Animism. I’m not saying something new. But I am interested how these play out in the lives and interactions of everyday people ( and isn’t that what we all are?).
“But what does that mean for life and society?”, the man asked me. It means there is one simple, you may call it ethical, rule. The only one I think we’ll ever need: Because all is one, harming something outside of us is harming ourselves. Once the notion of self has expanded sufficiently, selfishness becomes a virtue. The fact that our current way of life is completely detrimental to this rule is painful. And the fact of my role and complicity in it on many levels is an increasingly difficult issue.
So belief really doesn’t do it for me. Maybe the reliance on experience comes from never being satisfied with the common answers to Why-type questions: “because it is written in a book” or  “an expert person says so” are just not good answers, therefore mainstream religions have never had an easy time with me. Ideologies haven't either. A good answer is usually something that I can experience.
I don’t mean a scientific experiment-proof type answer either. I do subscribe to the notion that science is just a particular belief system. “because chemical A reacts with chemical B in a certain way and that’s why C happens” is not a satisfactory answer, it might be only half the story.Whatever goes on between chemicals A and B may simply be the material manifestation of a subtler energy? 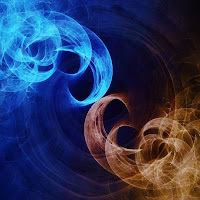 There are plenty of books now talking about cutting edge science nudging ever closer to an understanding of reality that can be found in very old spiritual and cosmological systems. It just seems to have taken western industrialised science a while to come back to ideas that have been around for a very long time.
Maybe, someone would say, animism agrees with a certain mindset, with those of us who tend to think and conceptualise in images and metaphors  rather than analysis. Those who tend to see connections and correspondences rather than causes and effects. Animist ideas are often perceived by the mainstream as naive (“talking trees??”) and anarchic (“what, you mean you don’t need priests and written rules??”). These are also terms often used to describe children, tribal peoples and our earliest ancestors – not really palatable to the culture we live in. But maybe the animist mindset is the one all humanity had before evolving away from it?
Such an “evolving away” has also played out in my own life. I was an animist when I was a child. I think most children are, especially those who have the fortune of growing up close to nature. But there came a point when I had walked very far away from it indeed.
I vividly remember an evening on a trip to Northern Spain during my university years. It was a place I had been many times before. As I was walking through a bit of forest in the evening I felt an unease at first and then something hit me – I was apart from it. The feeling of understanding and oneness, of being a part of it, it was gone. No matter how hard I tried – I was almost pleading, at some point, with who or what I don’t know – I was cut off. I tried to feel the trees and the nightwind inside me, but I couldn’t. I could see everything, but all seemed shallow and two-dimensional. I was devastated.
What had happened? What had happened, I think, is at that point I had been through long years of the Western industrialised scientific capitalist education system.
I had been very very successful in it. I loved going to school, it’s that curiosity again. I loved soaking up knowledge, although I was sometimes dubious about the knowledge on offer and the methods used to transmit it. I went to university out of a belief that it was about knowledge.  I decided to go into an academic career out of a belief that it was about the furthering of deep knowledge. (And I don’t mean to say that there are no people working in academia who do exactly that, or that I did not get any profound insights from my time in academia).
What I should have done though, rather than going by a belief, is to go by my daily experience. The latent unease. The hours spent in seminars with a nasty feeling in my stomach. Experience should have led me, not belief.
I did get my connection back. Some people may have been able to do it while staying in academia. I had to physically remove myself. It was not a conscious decision, no big moment of break after my epiphany in a Spanish forest. I stayed on the same trajectory for quite a few years after that.
It was a gradual, subtle awakening of a sense that was capable of listening to my experiences, which almost gave me no other choice than to act on them. Once starting to awaken, it would not be quiet again.
So over the last decade and a bit, I got my connection back. Curiously, this happened not while living on the land or the edge of mainstream society, but in one of the biggest cities on the planet, in the heart of western scientific industrial capitalist society, and going to regular 9-5 jobs. Go figure. 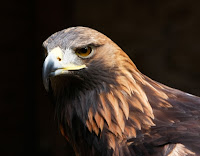 I have had many guides and teachers in this time, human and non-human. My human guides and teachers have rarely been conventional specialists, experts or authorities, although there have been some of those too. Most have been everyday people who shared and created experiences with me.
My teachers from the non-human world have been extraordinary, once I could hear them again. There were some peak accelerating experiences with them in the process of reconnection that I may talk about in a future post.
And now it seems the field of us humans to share these experiences is growing and growing, and the time is also coming for me to do something with them.
Over the last year, discussions about this stuff seem to crop up everywhere around me, just in everyday conversations, online, something is in the air.

Fertile material about all of these questions is growing in and around the edges of the Dark Mountain Project http://www.dark-mountain.net/. A conversation about animism between Dougald Hine and David Abram in particular sparked my desire to voice these thoughts http://tinyurl.com/6bzahoa.
Posted by Daniela at 12:37